My only journey into alternative treatments – Part 2 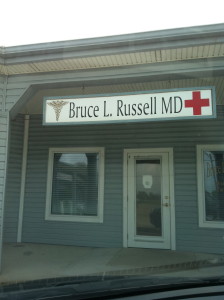 Just to recap:  After years of rejecting all forms of “alternative” therapy, last summer I found myself pursuing one doctor’s theory that seemed to make sense to me.

His blood had been drawn, I had filled out a book of documents and I had a 5-inch thick folder containing all of his previous medical and therapy records. As our plane landed in Corpus Christi, I let my mind go to the places I had carefully kept at bay: What if this doctor had the answer to Gray’s disorder?  What if I had a shot at having a relatively-normal son?  What if this treatment actually worked, but it was just so new that it had not had time to go through all of the research and testing that I used as a qualification for all of the other things I did for Gray?  I was excited and hopeful and very very vulnerable.

I had arranged for our flight to arrive 3 hours before our appointment time.  I didn’t want to risk a flight delay or any other travel problems that could cause us to miss our long-awaited appointment.  When our plane arrived as scheduled, I knew I would have to think of some ways to spend our extra time in this unfamiliar town.  We got our rental car and made the 50 minute drive to Port Aransas where the doctor had his office.  One hour down, two to go.  The drive was bleak and the scenery was unimpressive.  Port Aransas is a fishing town next to oil refineries.  I suspect that there is not one building there over three stories tall.  After we burned about 40 minutes in a Dairy Queen (we finally had to leave when Gray became fixated on running into the kitchen), I found our way over to a playground.  It was sticky-humid and hot.  I pushed Gray on the dilapidated swings and called a girlfriend for emotional support.  I was stressed.  The combination of eagerness, anxiety and the burden of entertaining Gray in this strange place felt lonely and wrong.  I remember telling her that I just could not imagine that “THE ANSWER” was in a place like this.  It couldn’t reside among these shirtless retirees with fishing poles.  Suddenly, Gray leapt off of his swing and started sprinting for the parking lot next to the playground.  I dropped the phone in the grass and ran after him screaming for him to stop.  And so he did; right in front of a car that was driving through the parking lot.  He just sat down on the ground with no awareness that a car was about to plow him down.  I waved and screamed and the driver of the car slammed on his brakes about 3 feet in front of Gray.  I snatched Gray up off the ground and dragged him back to my car.  When he was securely buckled in the back seat, I went back for my phone where my girlfriend was waiting to hear that disaster had been averted.

With an hour left to burn, I drove around the island and parked my car by a public beach.  We were far from any traffic, so I unbuckled Gray and we went for a little walk on the sand.  Within 5 minutes, Gray wiggled out of my grip and ran headlong into the surf.  I caught him before he actually entered the water, but he threw himself on the ground in the wet sand and let the thin waves wash over his fully-clothed body.  When I had scooped him up and we were securely back in our car, I lamented our state of affairs.  I had brought a change of clothes for him, but not for me.  We showed up at the doctor’s office 30 minutes early.  We were both sticky, sandy and disgusting.  I did my best to breathe deeply and remind myself that I just needed to get through this day and this appointment. There was never a mother more desperate to find help for her child than I was in that moment.

The doctor and his staff could not have been more kind and helpful.  I tried to reserve judgement on the very small-town feel that this tiny clinic in a strip mall radiated.  The doctor went over all of Gray’s lab work and completed his examination.  At the end of it all, he told me that, while Gray’s symptoms were the same as his other neuro-immune deficient patients, Gray’s lab work did not show the same (or any) abnormalities.  The theory behind this treatment approach is that our children have been infected with a virus similar to herpes.  This virus had attacked their brains and caused a neuro-immune dysfunction that presents as the disorder we call autism.  Gray did not show any viral load in his blood work.  He did not show any yeast overgrowth or signs of infection of any kind.  This doctor and his clinic were not Gray’s answer.  I felt my heart fall.  And when the doctor recommended that we try the protocol anyway (the special diet, the anti-yeast medication, the anti-inflammatory medication, and the other medications on the plan), my heart fell even more.   I knew that there was nothing this doctor could do or prescribe that would make any difference in Gray.  I knew that proceeding down this path would only make me like the other parents that I had judged and pitied.

Over the next few hours as Gray and I made our way back home, I considered my feelings.  I had allowed myself to have hope and I had spent time and money and unbelievable energy to pursue it.  As I mentally put an “X” in the box next to this possible treatment, I no longer felt judgement or pity for the other families who felt the need to go on a similar search.  For us, this was a dead end.  For me, it was a stretch beyond my comfort zone of certainty and evidence.  I had joined the ranks of parents who are willing to try crazy things for their kids.

So, although this was not our solution, I am glad I gave it a try.