Step into the Arena

On June 6, 2013 by rhonigolden With 3 Comments - Uncategorized 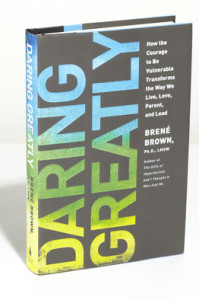 I have often said that I feel like I have been well-prepared to take on the job of being Gray’s mother.  It is an incredibly difficult job, but I think that many aspects of my personality and my background have lead me to feel like I can take on this challenge.  Let me be clear:  I do not think that I have this autism-mom thing mastered by any stretch of the imagination.  I am constantly questioning if I am doing all that I can for Gray and wondering if there is something I am missing.  This is an uncertain lot that I have drawn in life, but at least I feel like I have some good resources to help me make the best decisions I can.

On the flip side, I have often said that I cannot imagine how other parents in my position are able to manage when they do not come from a healthcare background or they have no financial resources or they feel intimidated by authority figures.  I have always tried to make myself available as a resource to others who don’t even know where to start when it comes to finding a good therapist or doctor.  I have offered advice on navigating insurance companies and disability rights.  Of course, the parents that I generally speak with have SOMETHING working in their favor:  They might not have a medical background, but they are extremely well-educated in other fields and, therefore, do not feel intimidated in researching options; or they might not have many financial resources, but they are tenacious in getting all that they can from their insurance companies and public services.  It is easy for me to give advice when all I need to offer is a little addition to what people are already doing.  It is entirely different when I see kids whose parents clearly have almost nothing working in their favor.

During Gray’s first week at his new school, I spent 3 full days in his classroom.  Although I was there to train Gray’s teachers with Hope, I also got to know the other kids in the class.  There are 6 other kids in the class besides Gray.  Of course, I don’t know what any of them do at home after school, but in the classroom, it looked like a few of them were not reaching their full potential.  I can say, without hesitation, that at least 3 of those children would be able to use an iPad to communicate at least as well as Gray.  So, why didn’t they have iPads, too?  Well, there are several factors that must come into play before a kid can own and use an iPad as their very own communication device.  First, that kid needs to have access to a device and a person who understands how to instruct him or her on how to use it.  Then, that kid needs to be able to work with that instructor for an intensive period of time.  Finally, that kid needs someone to provide the device.

Here are the road blocks for the kids in his class that appear to have excellent untapped potential:  Of the 7 students in Gray’s class at school, only 1 other child receives any kind of therapy outside of school.  In school, therapy services are once a week per kid at most.  Employees of any given school district (teacher, therapists, administrators) are restricted from recommending anything for a student that does not directly correlate with their ability to complete their Individualized Education Plan.  This is because the district is legally required to supply (pay for) any therapy or device that is recommended by a teacher or therapist.  As I have been reminded during all of Gray’s ARD meetings, the school district is required to provide an adequate and appropriate education, but not an optimal one.  It is the job of the parents to make up the difference.

Of course, I do not know any of the families of the children in Gray’s class and I can only make my own assumptions about what their lives are like.  But, if I were to make those assumptions, I might assume that they do not have many of the advantages and resources that our family has.  I suspect that most of those parents have limited financial resources, a language barrier, a cultural barrier, a job that pays by the hour with few benefits and very limited knowledge of the medical field and what it has to offer.  That is why I believe these kids do not have communication devices.  I think that these parents don’t have any idea where to start and, if they could start, how they would continue with all the therapy and repetition that is required.

So, it was with great trepidation that I decided to speak with the mother of a little girl in Gray’s class.  Her understanding of directions, ability to do activities independently and social behavior on the playground all made me think that this kid could express astounding things if she just had the opportunity.  The teacher agreed with me, but, as I said before, her ability to share this information is limited.  On Thursday afternoon, after 3 days in the classroom, I decided to wait for her mother at carpool pick-up.  I had written the name and number for the Callier Center for Communication Disorders on a piece of paper and it was burning a hole in my pocket.  I was worried as to how I would be received.  The mother does not speak English and, although I speak Spanish pretty well for a white girl, I didn’t know what she would think of me.  I had heard that the mother was quite overwhelmed with the care of her daughter and had very limited resources at home.

As the children filed in line to leave the building, I got really nervous.  I could imagine someone advising me to leave this woman alone.  Who was I to try and tell her what to do with her child?  Who was I to offer advice when none was requested?  But, then, I thought of someone I really admire.  Her name is Brené Brown and she has written books and given many lectures about vulnerability and whole-hearted living.  I was privileged to hear her speak in May about her new book, Daring Greatly.  She began the lecture with a quote from Theodore Roosevelt:

It is not the critic who counts; not the man who points out how the strong man stumbles, or where the doer of deeds could have done them better. The credit belongs to the man who is actually in the arena, whose face is marred by dust and sweat and blood; who strives valiantly; who errs, who comes short again and again, because there is no effort without error and shortcoming; but who does actually strive to do the deeds; who knows great enthusiasms, the great devotions; who spends himself in a worthy cause; who at the best knows in the end the triumph of high achievement, and who at the worst, if he fails, at least fails while daring greatly, so that his place shall never be with those cold and timid souls who neither know victory nor defeat.

This was my moment to dare greatly.  This was my moment to decide whether I wanted to enter the arena and try to help this mother or to just stand on the sidelines and be a critic to the failures of our system.  I decided to accept the possibility that she might get angry with me or ignore me or complain to the school.  When she arrived, the classroom aide introduced me as “the mom of the kid with the dog” and told her that I would like to speak with her.  I could see the suspicion on her face.  We stepped out into the school yard and I began my unrehearsed speech.  I told her that I had been able to observe her daughter over the last few days and I felt that I could see a light in her eyes.  I told her that I suspected her daughter was very intelligent and capable of great achievements, if she could just have a way to communicate.  I gave her the paper in my pocket and assured her that there were therapists at Callier who speak Spanish and accept Medicaid.  I told her what kind of evaluation to ask for and I told her to ask if they might be able to help her find a home-based speech therapist for ongoing support.  She smiled a big wide smile and told me that she thought her daughter was intelligent, but she did not know what to do about it or where to start.  I pulled out my iPhone and showed her what Gray’s communication program looks like.  I wanted her to see all of the subjects that Gray could talk about and I told her that I thought her daughter could do even more.  She told me that she would call Callier and set up and appointment.  She thanked me for the information and then she left.

I do not know if she will follow up on the advice I gave her.  I do not know if she kept that paper or threw it in the nearest trashcan.  At a minimum, I hope that I planted a seed of inspiration for her to explore something new that might help her daughter.  When faced with the task of fixing our educational system and getting our kids all that they need, it is easy to get overwhelmed and shut down.  But, last Thursday, I stepped into the arena to try and chip away at the problem in the best way I know how.